Home » Realizing 'The Culture of Peace'

Realizing ‘The Culture of Peace’

Why is early childhood is a unique opportunity to transform from the culture of war to the ‘culture of peace’? 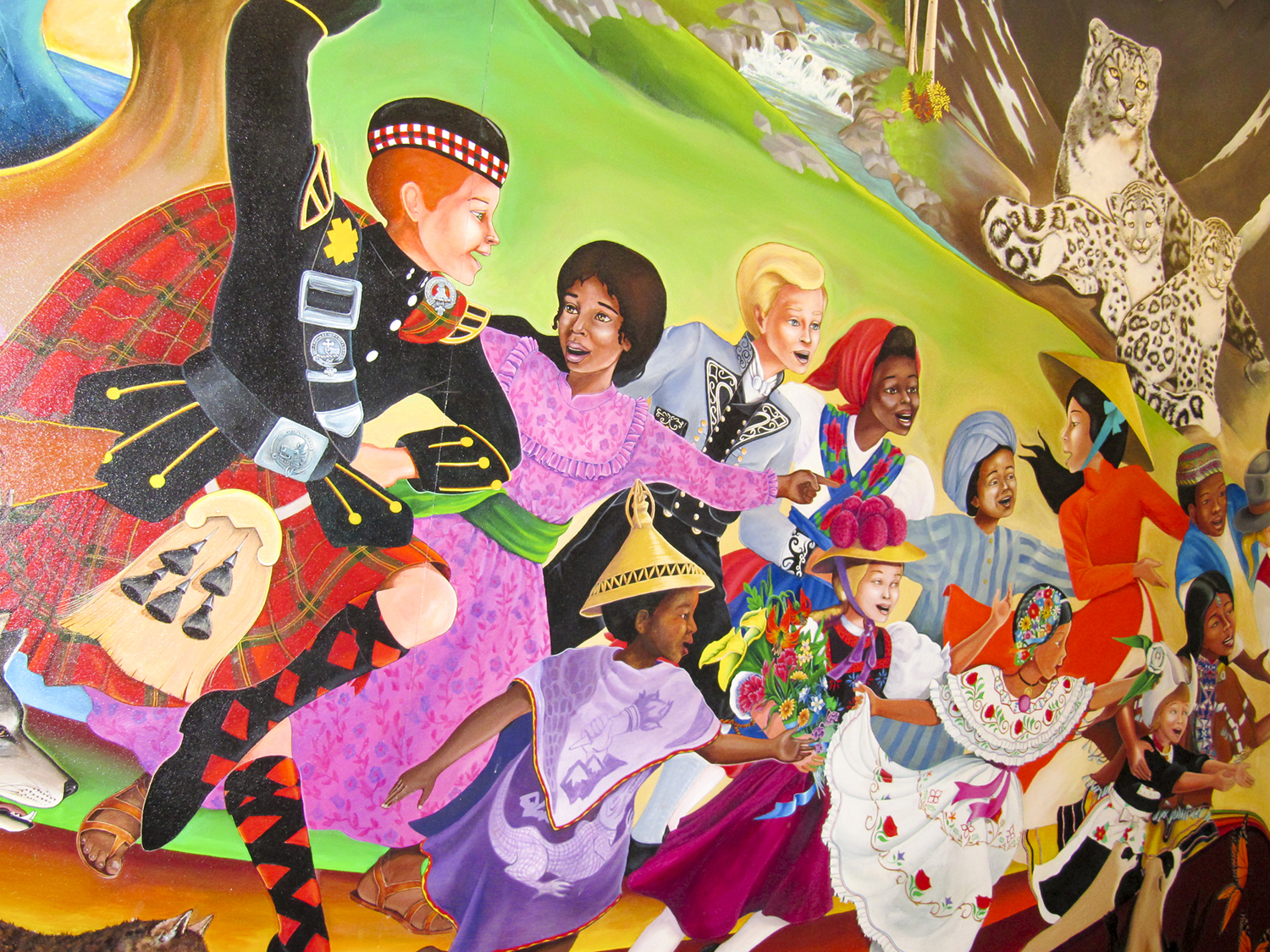 "Children of the World Dream of Peace" mural by Leo Tanguma at the Denver International airport. © Boggy | Dreamstime Images

Throughout history, wars have been waged to settle border disputes, gain control over resources, or dominate over others.

Peace was formerly thought to be the absence of war. However, particularly following the formal end of the Cold War, the idea of peace grew into something more than just the absence of war or conflict. It also drew in the role of individuals and communities as contributors to a peaceful world both within and beyond national boundaries.

To rid the world of war and conflict in the long-term, peace needs to be inclusive and sustainable. It needs to be part our own daily existence – both individually and collectively.

The United Nations (UN) was born in 1945 out of World War II (United Nations, 1945). The UN Declaration and Programme of Action on a Culture of Peace was shaped in 1999 in the aftermath of the Cold War. The President of the 53rd Session of the General Assembly of the United Nations entrusted Ambassador Anwarul K. Chowdhury of Bangladesh to chair the negotiations that produced - after nine long months of deliberations among UN Member States - the “United Nations Declaration and Programme of Action on a Culture of Peace”,  which was adopted by consensus by all the UN Member States on 13 September 1999 (United Nations, 1999) . This document explains, outlines, articulates and defines everything that the international community has agreed on as the focus of the culture of peace. It was a watershed event as an appropriate response to the evolving dynamics of global war and security strategies in a post-Cold War world. This historic norm-setting document is considered as one of the most significant legacies of the United Nations that would endure generations.

The rise of ‘The Culture of Peace’

To turn the culture of peace into a global, universal movement, basically, all that is needed is for every one of us to be a true believer in peace and non-violence, and to practice what we profess. Peace and non-violence should become a part of our daily existence. This is the only way we shall secure a just and sustainable peace in the world.

Connecting the role of individuals to broader global objectives, Dr. Martin Luther King Junior affirmed that “An individual has not started living until he can rise above the narrow confines of his individualistic concerns to the broader concerns of all humanity.”

In the efforts to promote the culture of peace, there is an increasing focus and attention on children who contribute in a major way to the sustainable and long-lasting impact on our societies. A child’s tendency toward either violent aggressiveness or nonviolence begins to take shape as early as age four or five. That is why the culture of the peace movement is focusing increasingly on children. UNICEF has taken the lead by integrating many elements of the culture of peace into its work, including the Early Childhood Peace Consortium (ECPC) launch in 2013.

We have seen a rise in engagement on the culture of peace.

UN High-level Forum on ‘The Culture of Peace’ 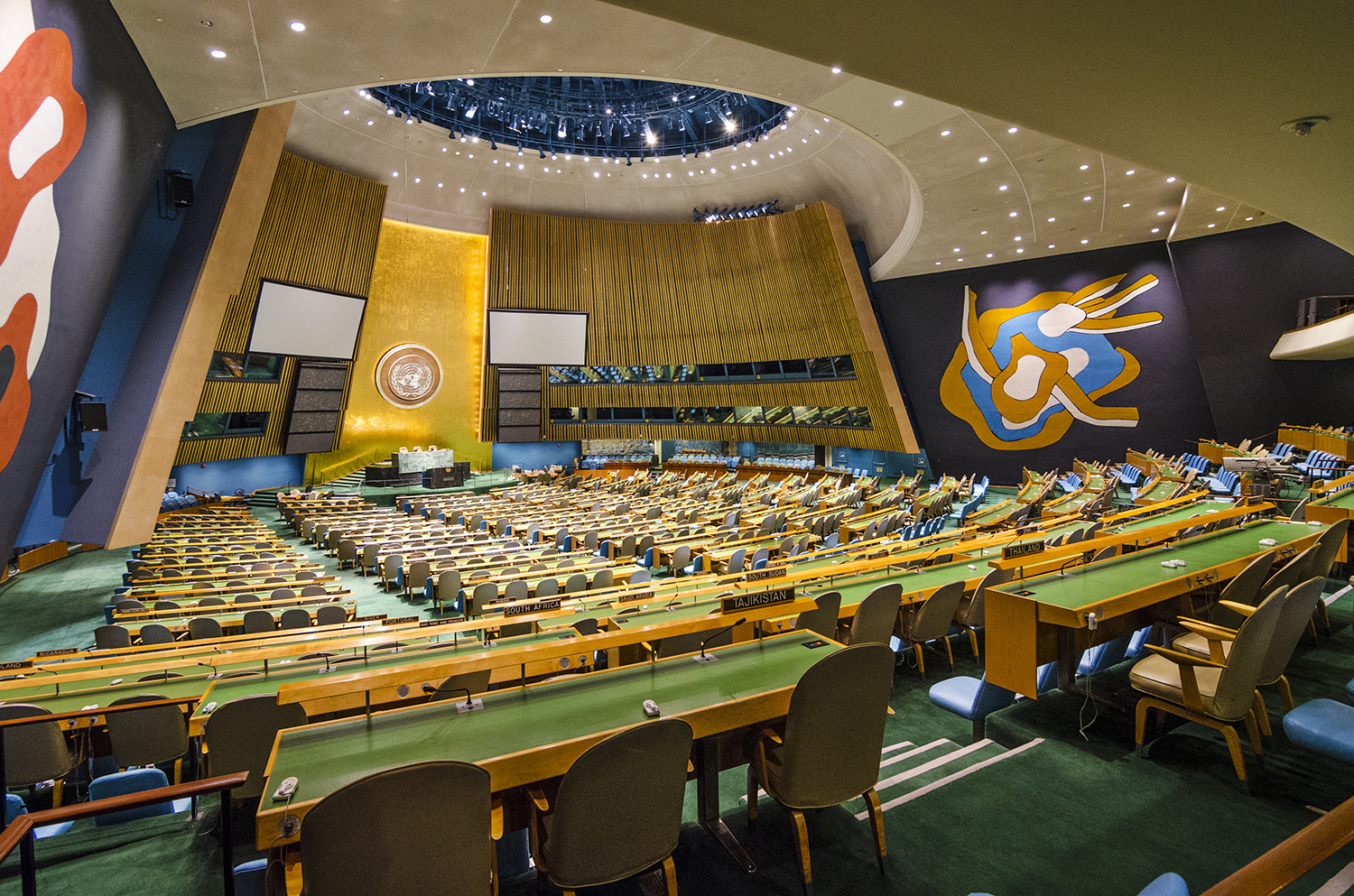 ln September 2015, the United Nations agreed to adopt the 2030 Agenda for Sustainable Development with 17 global goals (United Nations, 2015).  Goal 4 focuses on education aims to “Ensure inclusive and quality education for all and promote lifelong learning.” More encouraging is the fact that target 7 of this particular Goal on education mentions that all learners should acquire knowledge to promote, among others, the “culture of peace and non-violence” and “global citizenship”.

Follow-up to the U.N. Declaration and Programme of Action on a Culture of Peace

The final month of the 2019 saw the UN General Assembly’s 74th regular session adopt on 12 December its annual resolution on “Follow-up to the Declaration and Programme of Action on a Culture of Peace” (document A/74/L.23) by consensus.

In addition to the traditional paragraphs on the implementation of the UN General Assembly resolution A/53/243 adopted on 13 September 1999, the Assembly urged the appropriate authorities to provide age-appropriate education in children’s schools, including lessons in mutual understanding, tolerance, active and global citizenship and human rights (United Nations, 1999). It also underlined that early childhood development contributes to the development of more peaceful societies through advancing equality, tolerance, human development and promoting human rights. The Assembly also called for investment in early childhood education, including through effective policies and practices. It also invited Member States to continue to emphasize and expand their activities promoting the culture of peace and to ensure that peace and non-violence were fostered at all levels.

H.E. Mr. Rubén Ignacio Zamora Rivas of El Salvador said constructing a culture of peace required institutions to be strengthened, noting that “L.30” underscored the importance of development in early childhood. It was crucial to ensure children completed their early education and for curricula to include the culture of peace.

Action towards a culture of peace can be taken on the following four levels:

Peace is integral to human existence — in everything we do, in everything we say and in every thought we have, there is a place for peace. We should not isolate peace as something separate. We should know how to relate to one another without being unpleasant, without being violent, without being disrespectful, without neglect, without prejudice. Once we are able to do that, we are able to take the next step forward in building the culture of peace. We need to focus on empowering the individual so that each one of us becomes individually an agent of peace and nonviolence. This individual empowerment will naturally have a global effect and overall impact on our society.

Contributor: H.E. Ambassador Anwarul K. Chowdhury serves as Executive Committee Member to the Early Childhood Peace Consortium (ECPC). He is former Secretary-General of the United Nations as Under-Secretary-General and High Representative for the Least Developed Countries, Landlocked Developing Countries and Small Island Developing States. Ambassador Chowdhury is founder of the Global Movement for The Culture of Peace (GMCoP).