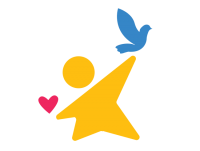 Millions of children around the world are living through conflict, violence and insecurity. This increased violence in homes, schools, neighborhoods and countries can have a lasting negative impact on children, families and communities. This is a matter of grave concern around the world. Recognizing the interconnectedness of social development and peace articulated in the 2030 Sustainable Development Goals, several organizations and alliances are working together to address this great risk to individuals and society. Among these is a noteworthy consortium of non-traditional and diverse partners, at the vanguard of science and policy, who offer the potential for sustained peace. The Early Childhood Peace Consortium (ECPC) is founded on the idea that the global community must address root causes of violence and conflict, and that children and families can be agents of change for peace from one generation to the next.

The Early Childhood Peace Consortium (ECPC): Who are we?

The ECPC is a network dedicated to leveraging social services to mitigate conflicts and promote social cohesion. The network is a unified body of stakeholders across sectors, including civil society, the media, government officials, philanthropic foundations and organizations, as well as practitioners and academics, who champion peacebuilding and violence prevention through an Early Childhood Development (ECD) agenda. The ECPC provides this global networking and communications tool, which these partners can use to develop and maintain sustainable programs, galvanize policies, and take action at scale to reduce violence and build capacity in vulnerable communities.

There is a need to effectively broker knowledge, translate scientific evidence, join forces for advocacy, and strengthen partnerships across sectors that have already begun to engage in this work. This communications platform, representing the work of the Consortium, has been designed and developed to fulfill this need. The website features interventions proven to have a positive impact; information around effective policies; and the latest research, science and exemplars to inform policy-makers and influence peacebuilding discourse on achieving environmentally, economically, and socially sustainable peace.

ECD and Sustaining Peace: What’s the issue? Why do we claim that ECD can be leveraged for sustainable peace?

Violence is one of the most critical issues facing the world’s population. Indicators suggest that close to two-thirds of children less than 4 years of age experience alarmingly frequent direct violence (e.g., mild physical and psychological aggression by parents). For some, this situation is chronic and an estimated 90% of all civilian casualties in conflicts are women and children. It is also estimated that 1.5 billion people who live in conflict-stricken countries, are experiencing structural violence1. Exposure to violence has a significant, and often detrimental, influence on health and wellbeing. The impact of exposure to prolonged stress, violence, and conflict is especially salient in early childhood, where many effects are linked with the chronic activation of the body’s stress response system. Indeed, toxic stress can result in challenges to the child’s physical health, social-emotional wellbeing, memory, and learning. Later in life, this can manifest as decreased economic productivity and ability to earn, a perpetuation of violence through interpersonal relationships, and exacerbated distrust. Sadly, one of the most profound outcome is alteration to the trajectory of the child’s brain structure and function. For an individual, this loss of potential is tragic; for society, it is catastrophic. At a macro level, a lack of accessible ECD services can lead to higher unemployment rates, and consequently higher public expenditure; intergenerational poverty; and a perpetuation of inequity and ultimately, violence and conflict.

Having accessible social services, specifically ECD services, can create more nourishing, stable environments for young children, allowing them to reach their full developmental potential. Evidence suggests that programs designed to minimize conflict in families have been successful in reducing harsh punishment and verbal and psychological violence. From a socio-ecological perspective, early interventions with parents and early learning programs for young children can lead to more harmonious relationships and pro-social behaviors within the family. This can also have a positive transgenerational impact since parents typically parent their children as they were parented themselves2.

Recent evidence implies that at a wider level, when parents come together in groups as part of parenting education programs, these groups can have a transformative influence on their communities because of the shared positive experience. In fact, case studies from around the world show that ECD services can “transcend existing political divides and encourage those involved in conflict to re-focus their attention and priorities and to think instead of their own children and their future”3, thus fostering social cohesion. These groups permeate the message of peace from families into communities, addressing not only the consequences, but also the root causes of violence in society.

The evidence indicates that ECD services can help not only individuals to reach their full developmental potential, but also families, communities and societies to become more stable and peaceful in the long term. Early childhood interventions, by virtue of their nature, offer sustainable solutions for nations, as they erode factors that perpetuate violence in society, such as violent behaviors, identity-based conflicts, inequity, and animosity toward governments. When governments invest in their youngest citizens and provide services that realize their rights, trust is promoted between government entities and their constituents. As a result, ECD can viably create sustainable peace.

UNICEF’s Peacebuilding, Education and Advocacy (PBEA) programs and studies from 2012-2016 found a clear correlation between early and equitable education initiatives and peacebuilding. The results clearly indicate that the likelihood of violent conflict doubles for countries with high levels of intergroup inequality in education. As ECD encompasses the interaction of multiple sectors, education is a critical aspect of ECD; thus, it can be inferred that early childhood interventions that include early learning initiatives will have the same, if not an augmented, positive impact on society in the long term. Similarly, the PBEA studies found that initiatives addressing gender inequity, another integral facet of ECD, decreased the likelihood of conflict in a society by as much as 37%.

The aforementioned evidence and case studies have shown the immediate, positive results of ECD interventions, which can then be used to predict future trends. However, because this is a burgeoning field and because it benefits the youngest and yields the best long term results, the challenge is that no concrete evidence exists yet as a measure of progress toward peacebuilding. Indeed, there is a need to demonstrate and to prove that investing in ECD results in higher levels of social cohesion within families, communities, and countries.

In order to address this pressing need, the ECPC has now partnered with Queens University Belfast (QUB) and colleagues at Early Years, Harvard, New York University and Yale, and  to create that measurement framework and tools in order to generate additional evidence that ECD programs can advance social cohesion. While this research initiative is now underway, among many other studies, the results of similar, completed research studies can be leveraged to link ECD to peacebuilding.

As ECD involves a synergy of social services, hence can be expected to amplify the successes of other peacebuilding efforts, existing data and learnings from these efforts can be used to advocate for the link between ECD and peacebuilding. Furthermore, this existing data can be linked to emerging knowledge from epigenetics, bio-behavioral and environmental sciences, which highlights the huge impact a child’s environment has on her developmental trajectory, to stimulate investments in ECD. This knowledge can also advocate for the critical importance of creating socially, economically and environmentally sustainable local programs for peacebuilding through ECD.

Although there is a significant, and growing, body of literature to support the link between ECD and peacebuilding, much of this science is not reaching practitioners or policy makers. That which does reach, peacebuilders are often unfamiliar with or they are not convinced of the link. With so much evidence now emerging to corroborate the interconnectedness of ECD and peacebuilding, now is the time to act, to implement what we know and transform it into investments for peace. The ECPC is a platform that presents an opportunity to ensure the latest knowledge is leveraged to inform and convince policy-makers and to influence peacebuilding discourse. The Consortium has the opportunity and the means to fill the gaps in knowledge, policy and programme recommendations, and advocacy on ECD and peacebuilding.

In filling these gaps, the ECPC is engaged in three core areas:

A Theory of Change

One of the ongoing efforts of the ECPC is to develop and test a Theory of Change that if governments/institutions/organizations design and implement ECD programs that build context-specific peace-relevant attitudes, skills, and knowledge in children, family, and government institutions;  Then there will be:

Another key component of the ECPC efforts are to support research efforts around the globe and to interconnect researchers and scholars with each other and with practitioners and policy-makers as well the communities that they serve. Remarkably, robust data are emerging that point to the sustained benefits of ECD programs. The recently published ECD series in The Lancet document that high quality ECD services that focus on creating and sustaining nurturing environments can not only improve the child’s short-term developmental outcomes but they are also associated with improved long-term outcomes in adulthood across multiple domains from physical and mental health to academic achievement, employment, and economic well-being as well as reduced rates of incarceration.

Below are a few examples of ongoing research efforts:

As previously mentioned, a key function of ECPC is knowledge dissemination, which occurs through this website, as well as the networks of ECPC members and partners. As the knowledge base grows, the methods of and platforms of knowledge sharing will expand and adapt to reach the greatest number of people, particularly policy-makers and government officials. One way in which this is expected to happen is through advocacy and communication tools such as social media campaigns, publications, featured articles, and videos and other shareable media.

Member organizations of ECPC conduct programs and services, which are shaped by ECPC’s mission. For instance, UNICEF’s country offices, sponsored by the H&M Foundation, are implementing ECD interventions and galvanizing local political support in six countries around the world. This involves child-to-child, parent-to-child and parent-to-community programs that will promote social cohesion and feed into ECPC’s other areas of engagement.