Home » News » "I smile for children everywhere!" Commemorating the 30th Anniversary of the Convention on the Rights of the Child. by Rima Salah (ECPC Chair)

“I smile for children everywhere!” Commemorating the 30th Anniversary of the Convention on the Rights of the Child. by Rima Salah (ECPC Chair)

The Convention heralded a new era of hope and action for children, an era of new ethics for the protection and care of children. It is the era that confirmed that every child has rights, whatever their ethnicity, gender, religion, language, abilities or any other status. It is the era that reaffirmed that the advancement of societies is inevitably linked to the well-being of their children. 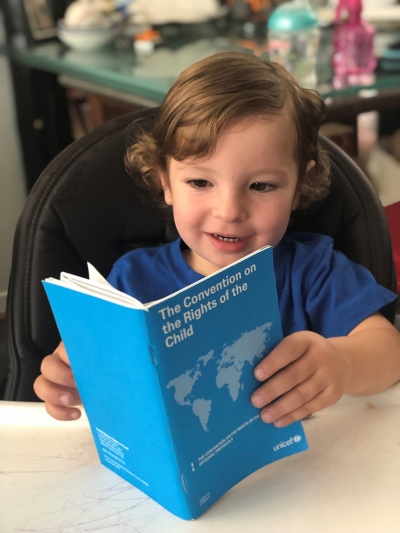 We can say, without hesitation that the result of the implementation of the convention has transformed the lives of millions of children in the world. The global mortality rate for children under five has declined significantly. Hundreds of millions of children are being vaccinated and have access to clean water and adequate nutrition. Millions more children are going to school. More countries have translated the international treaty into their national laws and policies, ensuring that all of their children enjoy all of their rights.

Unfortunately, our celebration cannot be complete as progress has been made true only for some, with millions of children left behind and their rights to thrive and grow to their full potential denied. This is because of poverty, exclusion, neglect, violence (structural and systemic), compounded by violent conflicts and displacement.

As we celebrate this significant anniversary, let us unite our strengths and reaffirm our commitment to uphold and fulfill the rights of all children wherever they are. Let us put a smile on the face of every child, like Franco’s smile in the picture. Franco is telling us, “I am smiling for children everywhere so that they smile back and shine, full of hope for the future”! 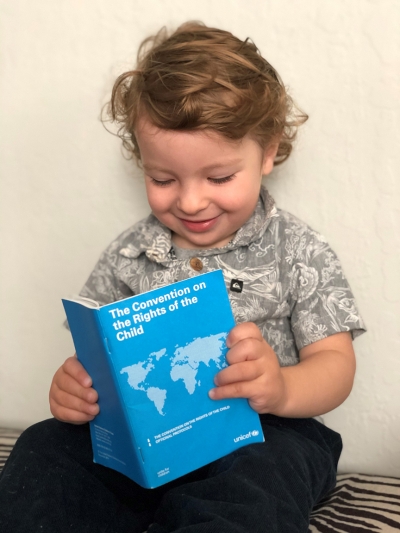 ► Learn more about the Convention on the Rights of the Child.

► Read the child-friendly version of the Convention on the Rights of the Child.

► Take action on the 30th anniversary of the Convention on the Rights of the Child:  Take the Global Pledge:  For Every Child, Every Right.