“We the Peoples” path to peace 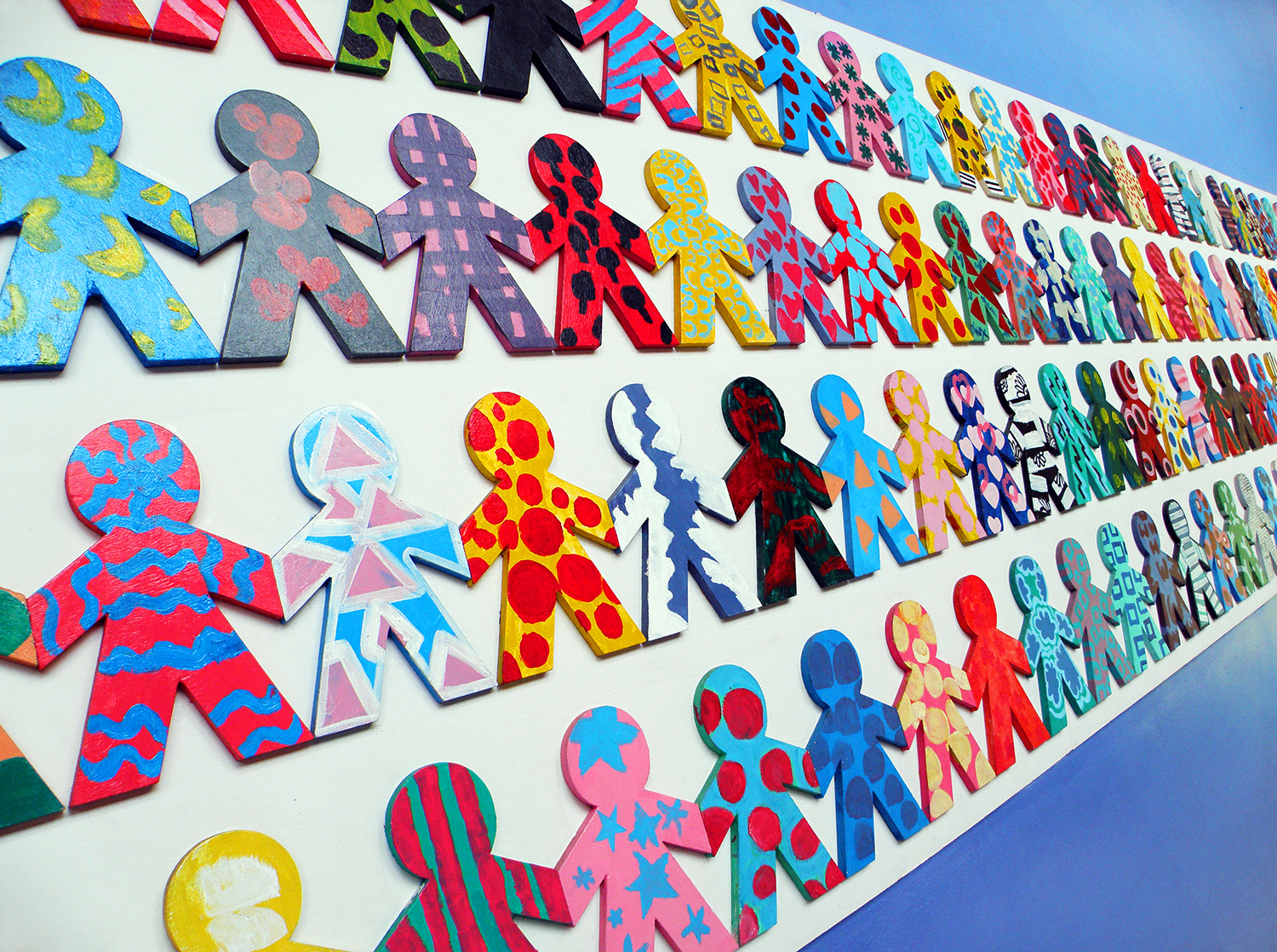 The following information accompanies the above presentation.

The voice of ”We the Peoples” and their determination “to save succeeding generations from the scourge of war…” was first heard in 1945 when the World Leaders met in, San Francisco, United States, and signed the United Nations Charter (United Nations, 1945). As “We the Peoples” continued their journey to advance the ideals of the United Nations, fulfilling the goals of its charter, they adopted resolutions and a program of action to ensure long-term global peace and security, promoting ”a Culture of Peace”, adhering to the principles of freedom, justice and tolerance (United Nations, 1999).

Their voice was amplified by the historic adoption of the “2030 Agenda for Sustainable Development”, the “Sustaining Peace Resolutions” and other resolutions and declarations. The “2030 Agenda for Sustainable Development” is the Agenda of the People, by the People and for the People (United Nations, 2015). Its 17 goals that range from ending poverty in all its forms everywhere to ensuring inclusive and equitable quality education, to reducing inequities with and among countries, to achieving peaceful and inclusive societies for sustainable development, were the result of broad consultations.

This Transformative Agenda, for the first time, recognizes the direct link between peace, justice and development and the responsibility of all the countries and people to achieve the global vision of the agenda for “Peaceful, Just and Inclusive Societies” (Goal 16). The “Sustaining Peace Resolutions” are seen as a pledge by the international community to go beyond mere rhetorical commitment to devise innovative, concrete and lasting solutions and sustaining peace (United Nations, 2016). They reaffirm the importance of Partnership with all segments of society to prevent conflict and sustain peace.

The voice of “We the Peoples” 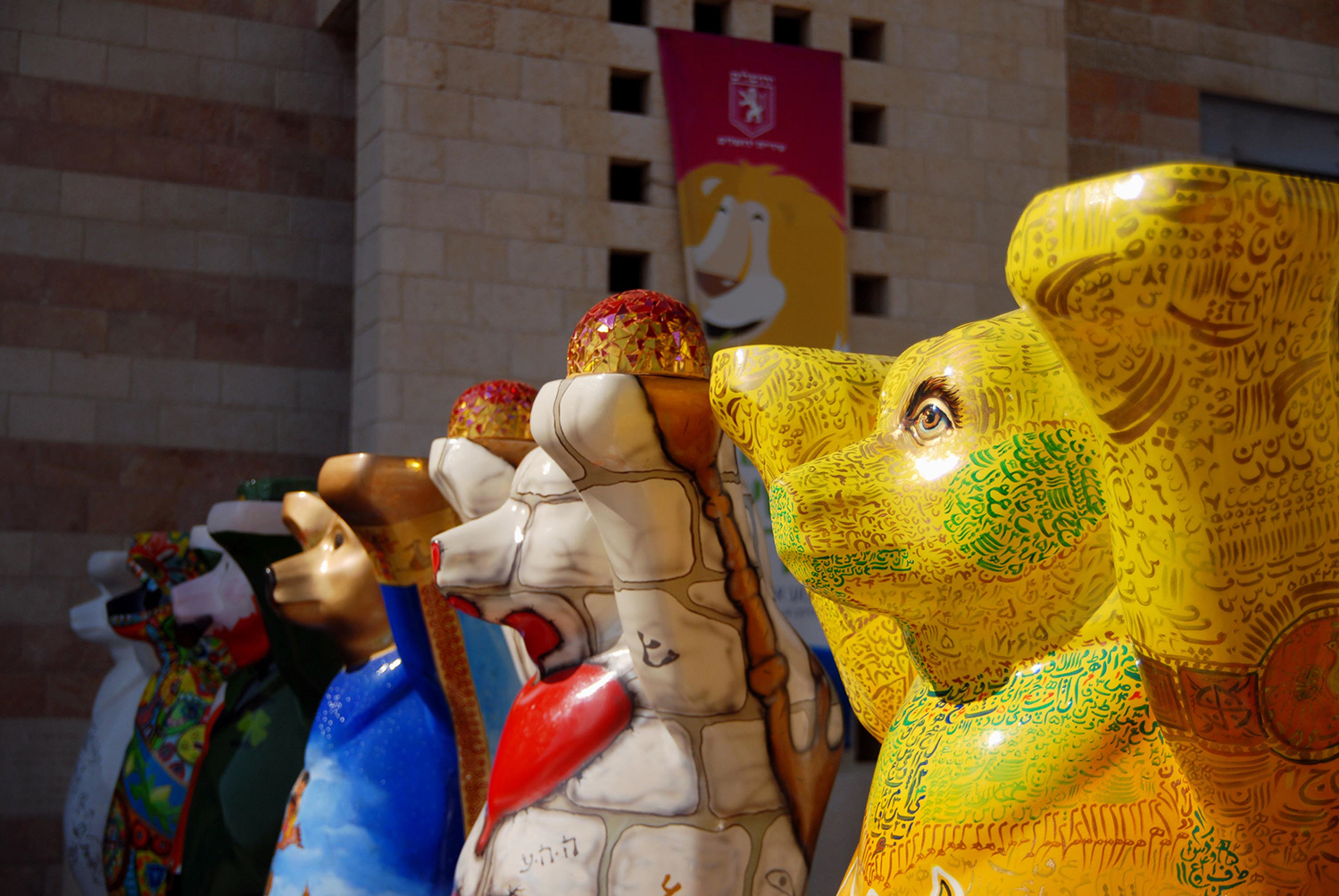 In this new era of “We the Peoples” and peace that promotes the participation of all members of society in peacebuilding efforts, it is time to shape innovative and transformative approaches to address the policies and global action to reduce violence as well as build and sustain peace by engaging families and children in the service of peace.

The voice of science

It is, also, time to raise the voice of science, to join the voice of “We the peoples”, which heralds in a new era with windows of opportunities to contribute to sustainable peace through investment in the positive early development of young children (UNICEF, 2014; Britto, Gordon, Hodges, Sunar, Kagitcibasi and Leckman, 2014). However, in these critical times, insufficient investment in the early years of life as a path to peace, social transformation and violence prevention has led to the formation of the “Early Childhood Peace Consortium” (ECPC).

The promise of the Early Childhood Peace Consortium (ECPC)

The ECPC that was launched at UNICEF Headquarters in New York on September 2013, brought together over 140 partners from governments and multiple sectors (including civil society, social and mass media, multi and bilateral agencies, practice and academia) (ECPC, 2013). This event marked the joining of forces with the international community to 1) advance global and national efforts to build peace and prevent violence and to 2) “create a legacy of sustained peace drawing on the transformative power of early child development”.

Let us continue the momentum, built by the ECPC launch and achievements of the members of the Consortium, and elevate the promise of Early Childhood Development on the Global Peace and Development Agenda. 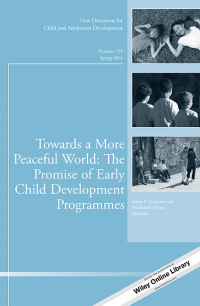 Commentary | Global citizenship and the role of the United Nations: The promise of the Early Childhood Peace Consortium

This commentary argues that we have every opportunity to make a transformative shift and raise the voice of science to join the voice of “we the peoples…” to stop war and violence and promote “a Culture of Peace,” adhering to the principles of freedom, justice, tolerance, and advancing the concept of Global Citizenship. 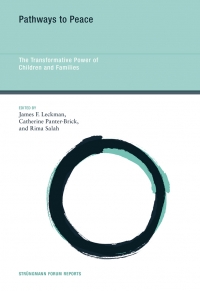 Book chapter | Peace is a lifelong process: The importance of partnerships 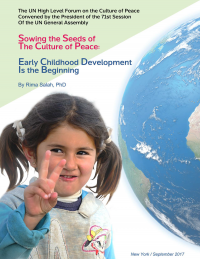 In September 2017, on the occasion of the 71st Session of the United Nations High-level Forum on the Culture of Peace, ECPC Chair, Rima Salah spoke on the transformative power of early childhood development in building and promoting a ‘Culture of Peace’, emphasizing that children and families be put at the center of all U.N. efforts for peace.