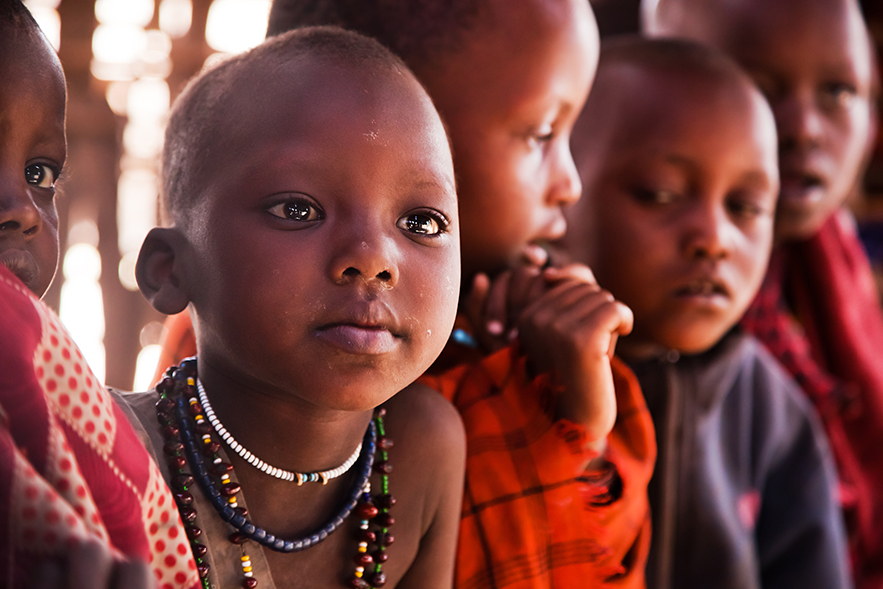 Rima Salah: I am Rima Salah, Chair of the Early Childhood Peace Consortium and faculty at the Yale Child Study Center and former Deputy Executive Director of UNICEF and interviewer for the Early Childhood Peace Consortium’s online platform. Today I have the honor and pleasure to be speaking with Dr. Hiro Yoshikawa who is the Courtney Sale Ross Professor of Globalization and Education and university professor at New York University. He conducts research on the effects of programs and policies related to early childhood development, immigration, and poverty on child and youth development. He co-directs the Global TIES for Children at New York University. He is also co-chair of the thematic network on early childhood development and education for the area of Sustainable Development Goal, or SDG, 4 of the Sustainable Development Solution Network, the research network advising the Secretary General on the development and implementation of global SDGs. He serves on the Board of Trustees of the Russell Sage Foundation and the Foundation for Child Development and the Advisory Boards of Early Childhood Program of the Open Society Foundation and the UNESCO Global Education Monitoring Report.

Dr. Yoshikawa, thank you for joining us.

Salah: I understand that two issues you work on quite extensively these days are how to work with governments and non-governmental organizations to build quality, at-scale early childhood development (ECD) programs and policies and facilitating researcher networks to support this work on low- and middle-income countries. Can you give us an overview of these two important issues and how they relate to one another, Professor?

Yoshikawa: Sure, thank you for having me. I am delighted to be here and talk with you and the Early Childhood Peace Consortium. So the field of early childhood development has some of the very strongest evidence around how investing in children’s development can actually lead to positive societal developments. So we’re really at a historic turning point in the field, which is very exciting, in that early childhood development has been integrated into the global development agenda through the Sustainable Development Goals. So through really several of the goal and including a target on early childhood development, which is target 4.2, we now have a new global agenda for linking development as intimate as the development of a toddler’s vocabulary or early health and nutrition or early socio-emotional development in the first years of life to the societal consequences, which are the ability to participate actively in societies, to participate in peacebuilding. So I think the promise of early childhood development as a field is extraordinarily high right now. So that’s the very exciting part. On the other hand, I think there is a cautionary part that we have to pay attention to when we think about how we actually invest in early childhood development programs and policies. That has to do with the connection between quality of program implementation, support of the workforce, and the actual outcomes that we would like to see. So for children to really have the best start in life, it means that the adults around them have to have their own resources, wellbeing, and skills to support very young children’s development. So as a species, we are one of the species with the very longest periods of dependence on adults in early human development. That means when the brain is the most sensitive to environmental influence, when brain architecture is being built, we depend on the characteristics of parents, caregivers, teachers, health workers, home visitors, and really all the adults that a child comes in contact with. If those parents, caregivers, adults, and teachers are not well supported and trained in terms of the workforce, then we will not have quality programs and unfortunately we may not get the kind of outcomes that we expect from early childhood programs. Of course the need is urgent. The Lancet series that was published just about a month ago showed us the shocking figure that nearly 250 million children worldwide are at risk of not reaching their lifelong developmental potential because of very severe risks such as extreme poverty and stunting in the first years of life. So there is a lot of work to do but I think the challenge of working with governments, NGOs, UN agencies, and other multilaterals in helping to support quality in ECD programs and policies is critical. We can’t expect that simply opening a program, simply opening a child development center or providing a home visit, will automatically result in the kinds of lifelong economic productivity, wellbeing, and societal participation that we would like to see. So I think that is really maybe the most critical challenges facing the field of international development is how to support the adults who support our children in the next generation.

Then I think moving to the second topic, the area of research, evidence can play a very important role in guiding governments, practitioners, and policymakers in how to bring about quality ECD services at scale including health, education, nutrition, social protection, and child protection. But unfortunately in the research world we are in a situation where 95% of research on children and youth occurs on 5% of the population, which is the population of the United States. So we need to support networks of researchers from low- and middle-income countries, from regions like Sub-Saharan Africa, South Asia, Southeast Asia and East Asia, Latin America, the Middle East and North Africa. We have underrepresentation of researchers from these regions contributing to the kinds of policy-relevant research on child development that can contribute to the SDGs. So I am also engaged in work to develop and facilitate these networks of researchers in for example, East Africa, West Africa, the Middle East and North Africa regions.

Salah: How do you convince decision makers and governments, for example, of the importance of early childhood development so that they integrate it in their budget and their policies?

Yoshikawa: So I again think it is an exciting time. Over 80 countries have national ECD policies. Of course not all of them have action plans that are active that they are implementing at large scale, but I think science really did make a difference. I think the message is about the critical nature of brain architecture – that it really depends on the quality of environments, that we have millions of neurons being connected per second in the first years of children’s lives. during prenatal development and during the first thousand days. These messages about brain development and its sensitivity to policies and programs have really gotten across to policymakers. They’ve also clearly responded to the economic evidence, that in fact, and this does go back to the SDG development when a group of economists analyzed different areas of the SDGs for their potential economic benefits to society, one of the very top goals and targets in terms of cost-effectiveness and economic benefits to society was early childhood development programs. So both of those kinds of evidence were quite powerful.

Salah: Also recent research shows now the link between investing in the early years of life, early childhood development, and peacebuilding. What do you think of this?

Yoshikawa: I think this is very exciting and important for both the field of peacebuilding and the field of early childhood development. So for the field of peacebuilding I think recognition that without investing in the earliest years, we will not build the kind of society and adults who can really build sustainable societies and peaceful societies. Without building the next generation and without building specific skills in that generation that are really peace-making skills in young children, adolescents and youth, we will never get to truly peaceful societies. For the early childhood development field, the field of peacebuilding represents very exciting new challenges and opportunities for innovation. So for example I think the early childhood field has not done a great job of demonstrating how it can build social cohesion at the community level, and yet I think it can. I think when early childhood development services, for example, bring parents and caregivers and community leaders together to work on children’s issues, we know that patterns of community relationships may change for the better, that intergroup relationships may improve, that violence may be reduced, and that these communities can come together for common goals that are really social, economic, health, and infrastructure goals.

Salah: So do you think there is hope that early childhood development and peacebuilding be part of the global debate on sustaining peace in the world?

Yoshikawa: I hope so. I think the SDGs provide a very important framework, but they don’t provide a guide on how to link across them. So I think the link between ECD and peacebuilding is a wonderful link between, for example, some of the earlier goals, Goals 1, 2, 3, 4 that cover poverty, hunger, health, education, and learning – a link between those goals and the goal of inclusive and peaceful societies, which is Goal 16. So we really need to demonstrate to policymakers that we can address Goal 16 not simply by addressing levels of violence amongst adults and among adolescents, but by investing in our young children’s social development, their emotional development, their prosocial behaviors, and their ability to understand and reach out to children and groups of people who are not like themselves.

Salah: So this will help to build inclusive societies, no?

Yoshikawa: Yes, yes. I think what is emerging from some of the recent literature is that children as young as ages 3 or 4 can absorb the attitudes of adults regarding other groups. These includes both discrimination and stereotypes, as well as on the positive side tolerance and respect for diversity. Unfortunately, these aspects are not always built into the curricula in, for example, pre-primary education. Programs to support parents don’t always explicitly bring together parents of different ethnic groups, or, for example, refugees with local residents. We have an enormous crisis on how to address the refugee crisis, not only the Syrian refugee crisis, but other situations of displacement and armed conflict. How can we address them with the proper kinds of support for families, communities, and for children’s development?

Yoshikawa: Thank you very much.