The girl from Beirut: An open space for childhood in a hostile environment

Artwork by the daughter of a Lebanese pediatrician conveys hope for children following the Beirut Blast
Rawane Issa
September 16, 2020 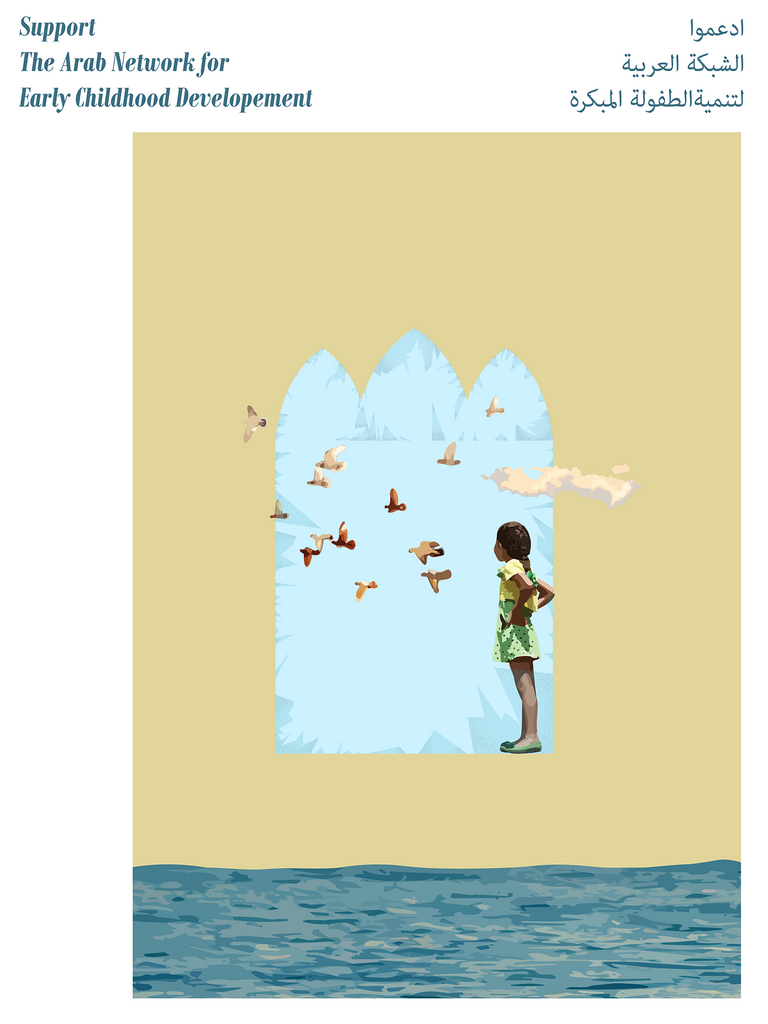 It's very impressive how art can be reimagined under different lights in ways even unforeseen to the authors themselves!

With respect to climate change, Lebanon has been recently going through numerous environmental catastrophes that include the August 4th explosion. To name some:

What I hope to convey via this piece was the possibility of creating an open space for childhood within the hostile environment of Lebanon and the cataclysmic events of August 4, 2020. Elements of August 4 are there: the shattered glass, the rising sea, the remains of the mushroom cloud, the warm colors that tainted the explosion. They are all dangerously close to the child, the glass for instance is directly next to her, the cloud is right above her, etc.
But their presence is also attenuated. The scene itself does not at first glance present itself as hostile, and the child is not concerned with what is behind her but rather with the flock of birds in the small cut out of the clear blue sky. There is room to rebuild, to grow, the child is looking at it. Her development is not a lost cause. But whether this space would grow is unanswered.
I purposefully do not show her face or show any overly dramatic component because this image is not intended to evoke feelings of pity or provide an example of "resilience" for the audience. And I am glad to hear that the word that comes to many who contemplate this poster is "freedom" and not something else.
When I was drawing this, I was also trying to convey how surreal all of this feels and attempted to give the picture a "Magritte-Esque" mood. The classic Lebanese arching windows are only cut-outs of the sky, and the entire scene is floating above the sea with the beige dusty background.
The color scheme itself is a softer version of the colors of the event itself mixed with the color scheme of the coast.
I did not include the birds for instance as a traditional symbol of peace and freedom (although I can understand if they are seen as such). They are actually based on a flock of pigeons that a man would train on a rooftop next to my house, in the middle of Beirut. Some of the birds almost blend into the background.
It all seems like a dream where the hostile and the pleasant are stills waiting to be pulled in one direction or the other. And this little girl is left within this landscape to make whatever she will make of what has happened, based on what is yet to come.
The image I hope would at first bring the familiarity of a postcard from a coastal city, only to reveal itself at a second glance invaded by small elements of inhospitality and adversity.

The ECPC stands in solidarity with Beirut

Stand in solidarity with the ECPC and the global response to the humanitarian crisis in Lebanon to support the families and young children most impacted and traumatized by the 04 Aug Beirut explosion.

▶️ Read and share the "ECPC statement of solidarity with the families and children of Beirut in the aftermath of the tragic blast".
▶️ Make a change. Your support to the Arab Network for Early Childhood Development (ANECD) can help a displaced child survive and thrive.
1 of 1