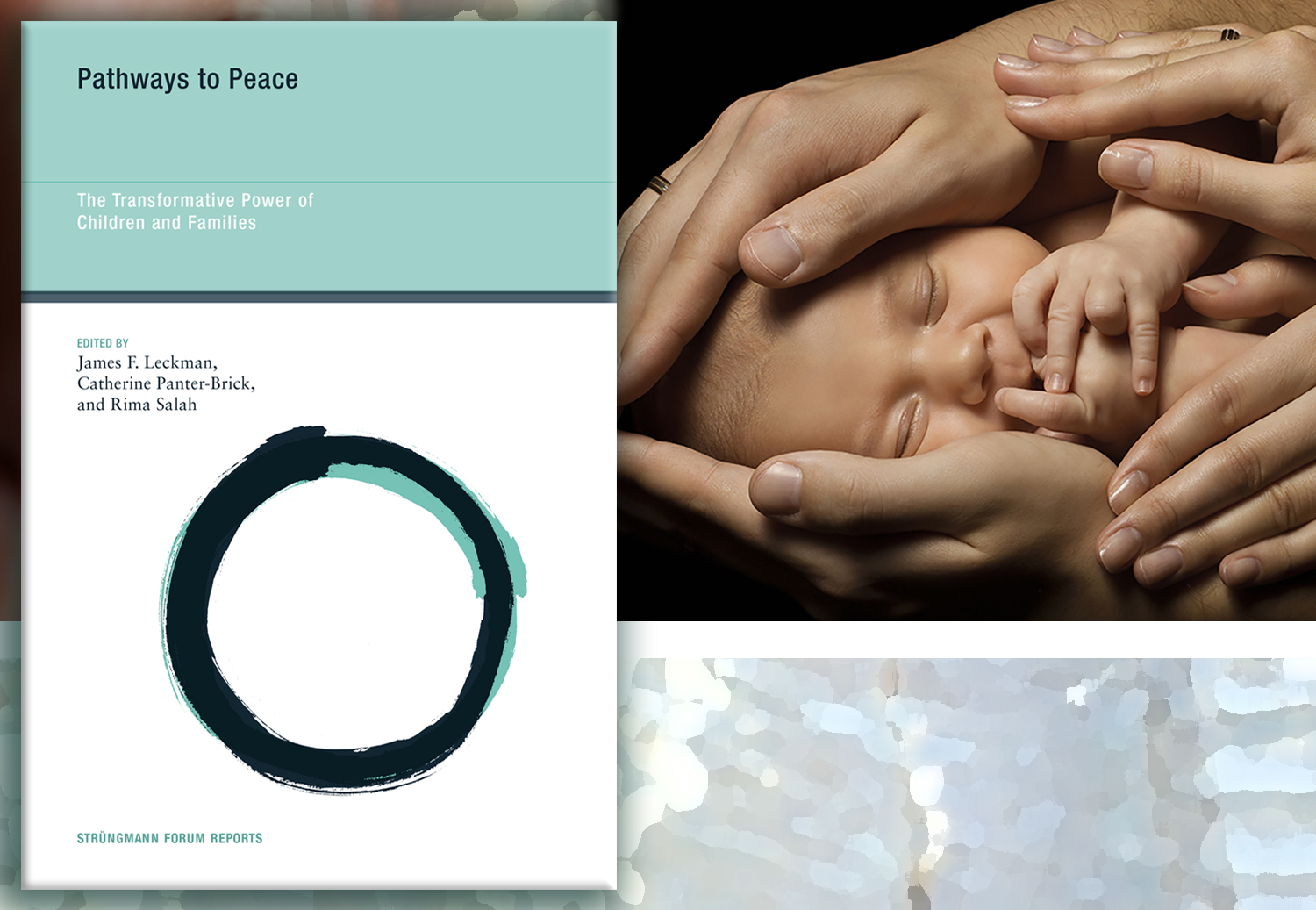 Humans are capable of premeditated aggression and warfare. In a war-torn world, it is tempting to forget that we are highly affiliative primates, whose survival as a species may have been based on the capacity to live and reproduce in groups (Hrdy 2009). War and peace are dependent on human behaviors, which rely on interactive and overlapping physiological substrates. Despite experiences of aggression, abuse, or neglect, most humans have sufficient mental resources to exhibit positive social behaviors, social cognitions, and motivation for social attachment. Our physical survival and mental health requires “others.” This apparent paradox, as well as the search for social safety, arises because the nervous system and behavior of contemporary humans are products of evolution. The purpose of this essay is to examine specific neuroendocrine pathways that may influence the positive social behaviors necessary for peace, when peace is defined as social safety within a society. This definition emphasizes the enabling power of social safety in promoting positive “states” associated with individuals interacting, socially connecting, and being mutually responsible for each other. Peptide pathways, including those reliant on oxytocin and vasopressin and their receptors, function as an integrated system mediating states of social safety. These endocrine and genetic pathways are at the center of a network that permitted the evolution of the human nervous system and allowed the expression of contemporary human sociality. Affiliation, pair bonds, and other forms of prosocial behaviors are not simply the absence of aggression. As reviewed here, we now understand that the prerequisites for peace, including prosocial behaviors and social safety, are built on active peptide systems. Knowledge of neurobiological mechanisms that form the foundations of social bonds and restorative behaviors offers a rational perspective for understanding, preventing, or intervening in the aftermath of adversity, and for enabling the emergence of peace in human societies.
For more information on chapter, “Peptide pathways to peace”, please visit our resource library.

Chapter 5. Epigenetics: Significance of the gene-environment interface for brain development

Brain development in humans extends over a very lengthy time period, initially in utero and subsequently embracing attachment interactions with the mother, social interactions with peers, and the emotional turmoil of puberty. Puberty is a period of development when those cortical regions concerned with forward planning and emotional control undergo synaptic pruning and reorganization of connection strengths. Each of these life phases is developmentally important in shaping and being shaped by the maternal and social environments. Although genetics forms the scaffold for brain development, the detail of connectivities is determined by the kind of environment in which the brain functions. The brain, more than any other organ, is a product of gene-environment interaction.
The in utero environment is the most protected of environments and has evolved strong maternal-fetal coadaptations. The fetal placenta hormonally interfaces with and regulates the mother’s brain (hypothalamus) at a time when these same parts of the fetal brain (hypothalamus) are themselves developing. This transgenerational coordinated development is under the control of epigenetically regulated imprinted genes. Since the maternal hypothalamus controls all aspects of care and provisioning, offspring in receipt of such quality care will themselves be both genetically and epigenetically predisposed to good mothering of the next generation. However, impairments at the placental level caused by stress, toxins, or poor nutrition may impact adversely on the developing hypothalamus, and hence mothering of the next generation. A peaceful, secure environment is thus of paramount importance to a mother for securing a successful pregnancy and for the security of well-being in raising her offspring. Further, we need to take into account how events experienced in utero also shape the outcome of future generations, since epigenetic reprogramming of future oocytes (matrilineal contribution to grandchild) occurs at the earliest (epiblast) stages of in utero ovarian development.

The postnatal formative years of the brain are strongly influenced by mother-infant interactions. The brain’s mechanisms for reward that subserve mother-infant-mother (p.66) affiliation subsequently extend to the reward process of social interaction later in life. Throughout the first two decades of development, functional contacts are made across the brain’s billions of neurons, involving trillions of synapses such that no two brains are the same, not even those of genetically identical twins. Since consolidation of neural connectivities is activity dependent, the environments that generate this activity determine the functional details of these structural connections. Our brains are very much a product of the pre- and postnatal niche in which they develop and survive.

Chapter 6. Group identity as an obstacle and catalyst of peace

Social identity is not only an obstacle to peace; it can also be engaged to advance peace, such as when children are raised to develop multiple and cross-cutting forms of identification. This chapter considers the evidence that nomadic forager band social organization is not particularly conducive to the formation of hostile “us versus them” social identities and that, consequently, “ us versus them” distinctions have only become strongly manifested with the development of more complex forms of social organization (e.g., tribes, kingdoms, nations) within the last 12,500 years or so. Such a proposition highlights the malleability of the concept of identity and contradicts the school of thought that sees “us versus them” identity formation as a long-standing innate tendency. This chapter will also consider how social identity can contribute to peace when it is employed in inclusive and unifying ways, in contrast to exclusionary and dehumanizing ways. This occurs, for example, within non-warring peace systems, when additional overarching identities are developed in the service of peace. In terms of promoting peace and inclusive social identities during childhood, it is suggested that explicitly teaching global citizenship can contribute to raising a peaceful world.
For more information on chapter, “Group identity as an obstacle and catalyst of peace”, please visit our resource library.

This chapter examines the concept of peace from a biopsychosocial perspective. It reviews available knowledge concerning gene-environment regulatory interactions and their consequences for neurodevelopment, particularly during sensitive periods early in life. The hypothesis is explored that efforts on the part of parents to protect, nurture, and stimulate their children can lead to physically, psychologically, and socially healthier developmental trajectories and support the emergence of more peaceful families and communities. It is clear, however, that adverse environments, as in the context of structural violence, may result in lower parental investment in child rearing and negative outcomes for social harmony and health over the course of life. More research is thus needed to understand more fully the potential positive impact that interventions aimed at encouraging families to increase their investment in early child development will have on societal peace. The role of groups in shaping human behavior toward conflict or conflict resolution and peace is examined. Further research is needed to increase current understanding on the neurobiology of groups. In addition, steps need to be taken across multiple sectors of society to reduce all forms of direct and structural violence, as this will surely lead to “better” parenting behaviors, “better” childhood trajectories, and a model of fairness to guide interactions between groups.

James F. Leckman, Catherine Panter-Brick, and Rima Salah (eds.), Pathways to Peace: The Transformative Power of Children and Families, © 2014 Massachusetts Institute of Technology and the Frankfurt Institute for Advanced Studies.