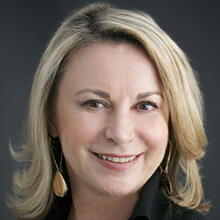 Throughout her professional career in the U.S. and Sweden, Joanna Rubinstein has been an innovator, strategist and a driver of change. She has developed expertise in global health, education, child protection and sustainable development. And Rubinstein has benefited from an extraordinary network of supporters and partners developed over two decades in the United States, first at Columbia University (CU), where she partnered with the United Nations (UN) from 2002-2015 and, later, as the head of Childhood USA from 2015-2020. Since May 2021, she has lived in Sweden where, at the request of many of her partners, she retains an array of Board seats and advisory roles.
Rubinstein began her career at the Karolinska Institute as a research scientist and educator. She was recruited in 1997 to lead Project Unit at Sweden’s Medical Research Council and to participate in European Union initiatives. She was next tapped to return to the Karolinska as the Director for Research and Postgraduate Education. Two years later after marrying an American, she moved to the United States where she was recruited by Columbia University’s Vice President and Dean of the Medical Center to develop, as Senior Associate Dean of Institutional and Global Initiatives, and lead international collaborations with academia and the private sector – in particular pharma industry. Among institutional initiatives, Rubinstein established a university-wide Stem Cell Consortium, led the organization of the 250th CU Anniversary Scientific Symposia, developed the first plan for The Mind, Brain and Behavior Institute, and several other programs.
In 2005, Rubinstein joined the Earth Institute (EI) of Columbia University where she played a leadership role in forging alliances with the UN to create transformational contributions to the global challenges in health and education as well as the effort to eradicate extreme poverty. To address these aspirational challenges effectively, Rubinstein created innovative partnerships with leaders in industry and ministers and heads of state of many of the world’s nations. As Chief of Staff to world renowned macroeconomist and UN Special Advisor, Prof. Jeffrey Sachs, Rubinstein was working on strategies to achieve the Millennium Development Goals (MDGs). Based on Columbia University Earth Institute’s work on the MDGs, the EI continued supporting the leadership of the UN in the development of the Sustainable Development Goals, also known as the 2030 Agenda, and their adoption by all member states in 2015.
Rubinstein helped develop and lead several global initiatives such as the Ministerial Working Group on Health and a strategy for scaling up access to Early Childhood Development (ECD) programming in Latin America.  She assisted in the establishment of the Millennium Development and the Sustainable Development Goals Advocacy Groups of the UN Secretary General and played a key role in the development of the UN Sustainable Development Solutions Network in 2013.
An advocate for collective action and engagement of the private sector, Rubinstein has established high-level partnerships with numerous global companies including Unilever, Nestle, GlaxoSmithKline, Pfizer, Novartis, Sanofi Aventis, Becton Dickinson, Sumitomo, Eni, Ericsson, Verizon, Digicel, Zain, Airtel, IKEA, H&M and Carlson Wagonlit Travel, and more. Her contacts and partners exist throughout the UN agencies, academia, governments, civil society and philanthropy. Additionally, throughout her career Rubinstein has mobilized millions of dollars for the implementations of programs from governments, corporations, foundations and philanthropists.
Because of her expertise and an extraordinary international network of experts, activists and public-private institutional leaders, Rubinstein, in 2015, was recruited to lead, as President & CEO, the World Childhood Foundation USA (Childhood USA).
Examples of the most impactful partnerships and initiatives Rubinstein led at The Earth Institute and Childhood USA include:

Rubinstein’s professional career started in Sweden, first as a molecular biologist and analytical electron microscopist, later as a Director at the Swedish Medical Research Council (1997-1999) and from 1999-2001 as the Director for Research and Postgraduate Education at the Karolinska Institute. She is trained as a D.D.S. and holds a Ph.D. and an Assistant Professorship (Docent) in cell and molecular biology from the Karolinska Institute.

Rubinstein was born in Poland and came to Sweden in 1970 as a refugee child. From 2001 – 2021 Rubinstein lived and worked in the U.S. In May of 2021, together with her husband, she returned to Sweden.

"Parents innately want to do right by their children but they have to be given the chance."
Sheelagh Stewart, Ph.D., Director of Governance and Rule of Law, Bureau of Crisis Prevention and Recovery, United Nations Development Program