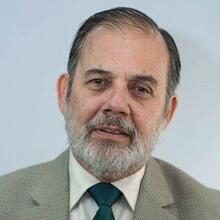 ECPC:
Executive Cmte Member
Title:
General Director of International Center for Education and Human Development, CINDE Foundation
Affiliation:
International Center for Education and Human Development, CINDE Foundation
Curriculum Vitae
Fundación Cinde
Fundación Cinde
Allejandro Acosta
Alejandro Acosta Ayerbe, Ph.D., is an economist and sociologist with a doctorate in Education. He is currently the General Director of the Colombian International Center for Education and Human Development, CINDE Foundation. For 13 years he was professor in the Doctorate in Social Sciences, Childhood and Youth, offered by the University of Manizales and CINDE Foundation, and Co-director of the Research Group in Public Policies of Children and Youth. He is member of the Early Childhood Peace Consortium Advisory Board and of the Board of Directors of the International Network on Peace Building, which works on early childhood issues in countries affected by armed conflict or in a post-conflict situation. He has been member of the Board of Directors of the Consultative Group on Early Childhood, Care and Development and Secretary of the Network of the Consultative Group for Early Childhood in Latin America. He was representative for Colombia of the World Forum on ECCD and member of its International Organizing Committee. He has been a visiting professor as a collaborative pair, as a jury and as a seminarian in several universities in the country and in Latin America. He has been a consultant in childhood programmes for UNICEF, UNESCO, the World Bank, the Inter-American Development Bank, Save the Children, Vivamos Mejor among others. The emphasis of his work and his publications in recent years is centered on early childhood and childhood related policies.

Author of several papers, books chapters, modules and other materials related to children, education, public policies and social development. Mentioned below are some of these:

"How can we building vibrant communities where children are front and center (especially in post-conflict settings)? The success so far as been achieved through teamwork; we must work together."
Amina J. Mohammed, U.N. Secretary-General's Special Advisor of Post-2015 Development Planning