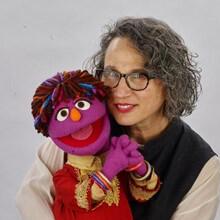 ECPC:
Advisory Board member
Title:
Senior Vice President, International Social Impact Sesame Workshop
Affiliation:
Sesame Workshop
Shari Rosenfeld is Senior Vice President of International Social Impact at Sesame Workshop, the nonprofit organization behind Sesame Street. She spearheads the development and execution of high impact educational initiatives that harness the power of media to help young children, especially those less advantaged, grow smarter, stronger and kinder.
Driven by her passion for improving the lives of children across the globe, Rosenfeld leads Sesame Workshop’s International Social Impact division focused on meeting the needs of the most vulnerable children and families. She oversees Welcome Sesame, Sesame Workshop’s initiative to address the unique needs of children and families affected by crisis and conflict. She was integral to the creation of Sesame Workshop’s largest humanitarian programs Ahlan Simsim and Play to Learn, which are made possible by two historic $100 million grants from the MacArthur Foundation and LEGO Foundation and actively serving families affected by the Syrian and Rohingya crises. Rosenfeld is spearheading Welcome Sesame’s expansion to other contexts, including Latin America, East Africa, and Eastern Europe.
Rosenfeld has a long track record of using media and Muppets to achieve measurable impact in outcomes including early education, gender equity, resilience, and WASH. Under her leadership, she has scaled programs through rich collaborations with diverse partners, on-the-ground engagement with communities, and content distribution across on a variety of platforms from broadcast television and radio to low-cost SMS messaging, free callback services, and even battery powered vegetable carts used to screen content in the narrow alleyways of Delhi.
Over her 30 years at Sesame, Rosenfeld has been instrumental in developing groundbreaking programs in Israel, Jordan, Palestine, Kosovo, and Northern Ireland that promote mutual respect and understanding. She launched Sesame Workshop’s first international subsidiary office in India and led the establishment of offices in Bangladesh and South Africa.
Rosenfeld holds a BA in Political Science from Tufts University and an MBA from Yale University.
"If we are to teach real peace in this world, and if we are to carry on a real war against war, we shall have to begin with the children. You must be the change you wish to see in the world."
- Mahatma Ghandi (1869 -1948)